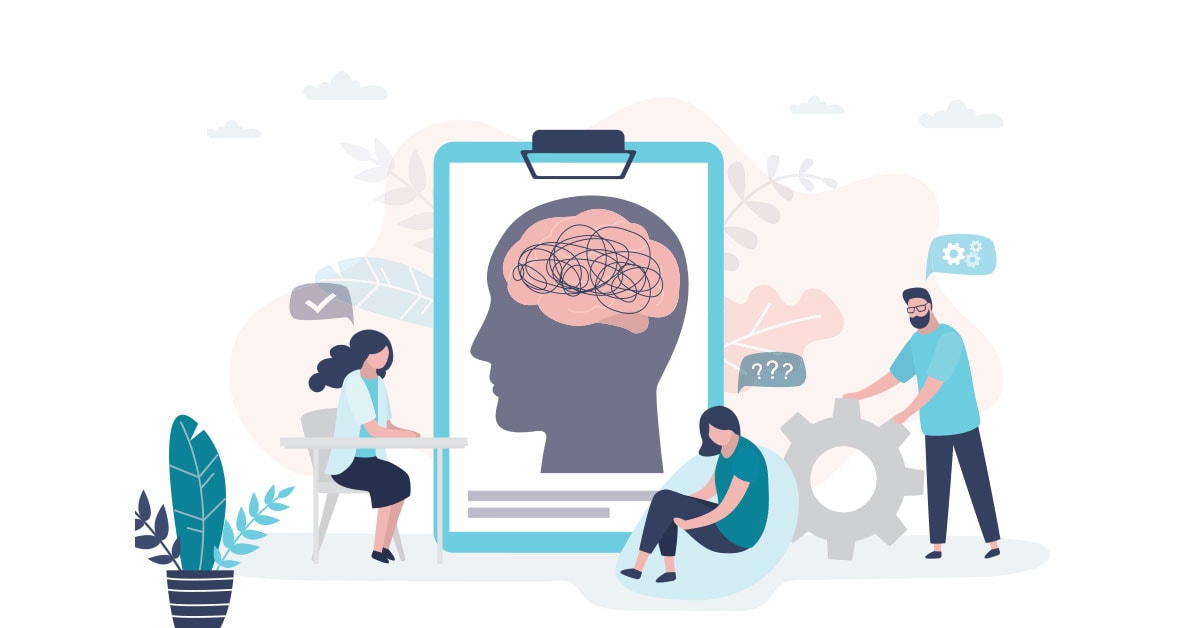 It’s not uncommon for people to experience mental health issues like anxiety or depression at some point in their lives. But for some, these conditions can be much more severe and disabling.

Obsessive-compulsive disorder (OCD) and bipolar disorder are two examples of serious mental illnesses that can have a profound impact on a person’s life.

Obsessive-compulsive disorder (OCD) is a type of anxiety disorder that’s characterized by obsessions and/or compulsions. Obsessions are unwanted, intrusive thoughts, images, or urges that cause distress or anxiety. Compulsions are repetitive behaviors or mental acts that a person feels they need to do in order to reduce their anxiety or discomfort.

People with OCD often feel stuck in a cycle of repetitive thoughts and behaviors that can be extremely distressing and time-consuming.

In severe cases, OCD can interfere with a person’s ability to work, go to school, or even take care of themselves.

The exact cause of OCD is unknown, but it’s thought to be a combination of genetic and environmental factors. OCD may run in families, but it’s not clear if it’s directly passed down from parents to children. It’s also believed that certain life experiences (such as trauma or stress) can trigger OCD in people who are predisposed to the condition.

What Are the Symptoms of OCD?

People with OCD often experience obsessions and compulsions that are related to specific themes or topics, such as germs, dirt, and contamination; fear of harm or accidents; perfectionism; the need for symmetry or order; and unwanted sexual or violent thoughts.

Not everyone with OCD will have the same symptoms, and the severity of symptoms can vary from person to person. Some people with OCD may only have mild symptoms that cause minor inconvenience, while others may have severe symptoms that interfere with their ability to function in daily life.

There are a variety of treatment options available for OCD, and the best course of treatment will depend on the individual and the severity of their symptoms. Some people with OCD may only need medication, while others may require a combination of medication and therapy.

These are just a few of the more typical treatments for OCD. Some people with OCD may also benefit from alternative treatments — such as ketamine therapy — if traditional methods have failed.

What Is Bipolar Disorder?

Bipolar disorder is a chronic condition that requires lifelong treatment. However, with the right combination of medication and therapy, many people with bipolar disorder are able to live full, happy, and productive lives.

The exact cause of bipolar disorder is unknown, but it’s thought to be a combination of genetic and environmental factors. Like OCD, bipolar disorder often runs in families, so it’s believed that there may be a genetic predisposition for the condition.

What Are the Symptoms of Bipolar Disorder?

The symptoms of bipolar disorder can vary greatly from person to person. Some people with the condition may only experience mild symptoms, while others may have severe symptoms that interfere with their ability to function in daily life.

Common symptoms of bipolar disorder include:

Bipolar disorder is a chronic condition that requires lifelong treatment. There is no cure for bipolar disorder, but the condition can be managed with medication, therapy, and lifestyle changes.

Common treatments for bipolar disorder include:

Ketamine therapy is a promising new treatment for bipolar disorder and OCD, having been used for decades to treat pain and depression.