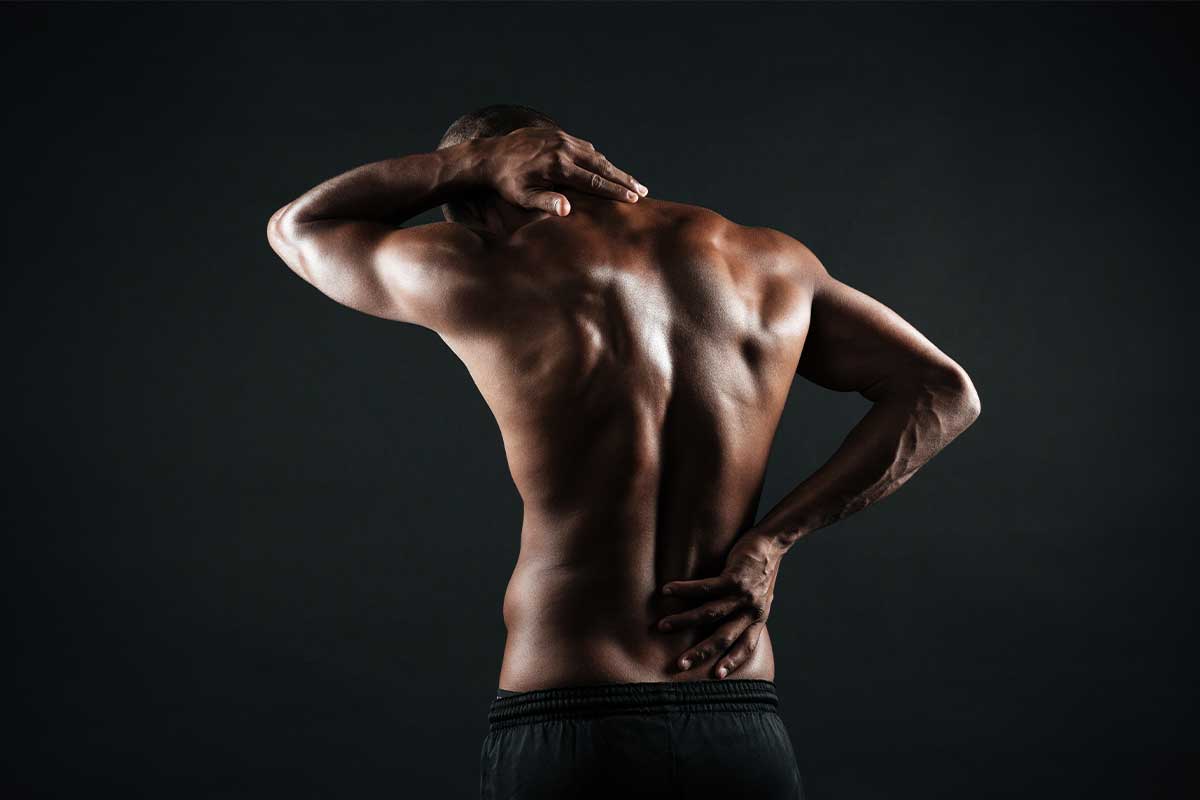 Chronic pain makes life incredibly difficult, and it affects a person in more ways than just having pain. But with the right lifestyle changes paired with effective treatment, you can find relief and still maintain a healthy lifestyle with chronic pain and illness.

Keep reading to learn some tips and techniques that may help you find relief from your symptoms.

How to live well with chronic pain and illness

Regardless of how healthy a person looks, it is always possible that they live with some sort of health problem. Everyone is suffering from something that others can only empathize with, and there are others out there who can help you during your time of need.

It’s not your fault.

Oftentimes, chronic pain is the result of an underlying medical condition. Chronic pain comes with a long list of symptoms, and it would not do you any good to add “self-blame” onto it.

Be kind to yourself.

We are oftentimes our own harshest critics. During the difficult times that your condition may put you into, you may add extra stress onto yourself with your criticism. It’s not as easy as just flipping an on/off switch, try to be kind and patient with yourself.

Don’t be afraid to ask for help.

Despite how your pain makes you feel, you don’t have to face everything on your own. There are treatment options and support groups that can help you find relief.

Mindfulness meditation is a technique used to bring relaxation. Mindfulness is about accepting the present moment for what it is, and learning to be okay with that.

Remember that your feelings are valid.

You can’t choose the way you feel, especially with a chronic pain condition. Don’t hold it against yourself for feeling the symptoms of a condition you didn’t choose to have.

It’s easy to fall back on substances like caffeine, drugs, or alcohol during especially stressful or painful times. However, these substances may only make your symptoms worse with prolonged use or time.

Ketamine was first approved by the FDA for use as an anesthetic, but it has also found significant use as a pain reliever in recent years, with many organizations now recommending it for the treatment of chronic pain conditions.

Research into ketamine infusions for treating pain is a constantly growing field, but it is generally believed that ketamine helps to foster connections between synapses and restore damaged nerve connections, essentially “rewiring” the brain. Ketamine infusions may be particularly effective at not only treating the pain symptoms of Chronic Pain Syndrome, but also the additional depression and anxiety symptoms.

The recent FDA approval of Spravato (a ketamine-based nasal spray for treatment-resistant depression), as well as the development of new psychedelics research centers by John Hopkins, may indicate a shift in the chronic pain treatment industry, providing innovative new options like ketamine infusion to those who experience persistent and treatment-resistant chronic pain.

If you would like to learn more about living well with chronic pain or illness contact us here at the Ketamine Clinic of South Florida. 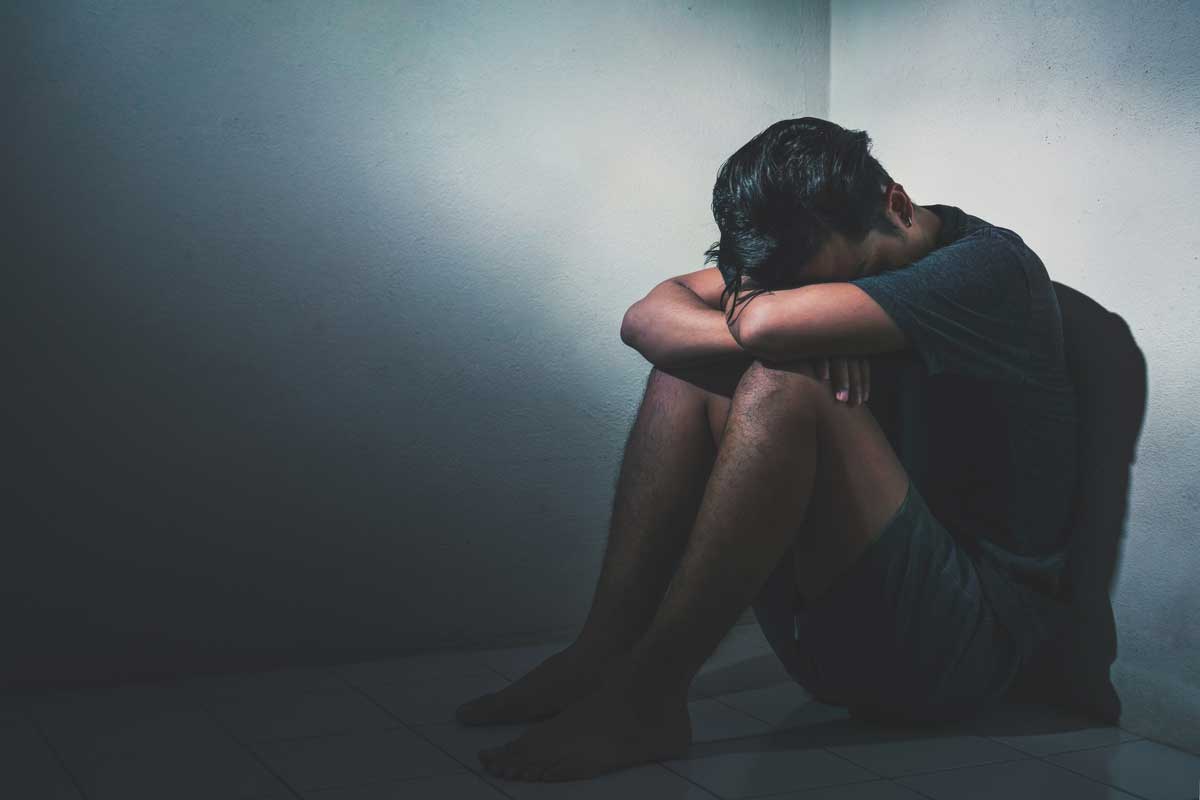 PTSD – post-traumatic stress disorder – is a mental health disorder triggered by either experiencing or witnessing a traumatic event. The most common symptoms include flashbacks, nightmares, and anxiety, as well as intrusive thoughts about the traumatic event.

It’s natural to have difficulty coping after a traumatic event, but these feelings should go away on their own with time and self-care. If these symptoms only get worse or last for months or even years, you may be suffering from PTSD.

How to diagnose PTSD

PTSD can be diagnosed in a few different ways by your healthcare provider. Before scheduling an appointment, you can read up on the symptoms of PTSD to learn more about your condition.

Per the Mayo Clinic, PTSD can be diagnosed through these tests:

What are the symptoms of PTSD?

PTSD symptoms usually start within a month after your traumatic event, but in some cases do not appear until years after the event. These symptoms will greatly disrupt your personal and professional lives, as well as your ability to perform everyday tasks and activities.

PTSD symptoms can be grouped into four types: intrusive memories, avoidance, negative changes in thinking and mood, and changes in physical and emotional reactions. These symptoms are not mutually exclusive, and can vary over time or between different cases.

Negative Changes in Thinking and Mood

Changes in Physical and Emotional Reactions

PTSD is likely a complex mix of some of the following:

Risk factors can include the following:

What are traumatic events?

Most commonly, PTSD is developed after witnessing or experiencing some of the following events:

If you believe you are suffering from PTSD, contact us today to learn more about the innovative new ketamine treatments available to you at the Ketamine Clinic of South Florida  for PTSD.

Depression symptoms and warning signs can vary in men and women. Men also lean to using different coping skills — both healthy and not — than women. We are not sure why men and women can experience depression in a different way. It probably involves several factors, like hormones, brain chemistry, and life experiences.

Like women suffering from depression, men experiencing depression may:

And there could be other behavioral signs of depression in men that are not recognized, including:

How Do The Symptoms of Depression Differ for Men And Woman?

Just as men and women experience biological and physical differences, there are also psychological differences and disparities in symptoms related to depression.

Do We Know What Causes Depression?

Science and medicine have yet to root out the exact causes of depression but the search continues. Like many mental health disorders, a range of factors might be involved, including:

Biological differences: Someone with depression appears to have physical differences in their brains. The importance of these changes is still unclear but may ultimately help determine causes.

Brain chemistry: Neurotransmitters are naturally transpiring brain chemicals that probably play a part in depression. Recent studies indicate that variations in the effect and function of neurotransmitters and their normal interaction with neurocircuits engaged in keeping mood stability can play a big role in depression and how it is treated.

Hormone Variations: Variations in the body’s surplus of hormones can be involved in affecting or triggering depression. Hormone changes can happen with pregnancy and through the weeks or months following delivery and due to thyroid trouble, menopause, or any other conditions.

Inherited traits: Depression is more likely in people with blood relatives who also have the condition. Researchers are attempting to locate genes that could be involved in producing depression.

Risk Factors That Can Lead To Depression

Depression normally starts in the teen years but can occur at any age. Women are more frequently diagnosed with depression than men, but this could be simple math – more women are likely to get treatment. Things that seem to boost the chance of triggering or developing depression include:

Certain personality characteristics, like being too dependent and low self-esteem, self-criticism or pessimism
Trauma or stressful events, such as sexual or physical abuse, the passing or death of a loved one, a tough relationship, or money problems
History of additional mental health illnesses, like anxiety disorder, post-traumatic stress disorder, or eating disorders

Getting Treatment for Depression

If you have been diagnosed with depression: High Functioning Depression, or Postpartum Depression for example, a doctor or therapist could recommend psychotherapy or Ketamine Infusions, to help manage symptoms of the condition. Ketamine was first used as a war-time anesthetic, but researchers have uncovered other therapeutic applications, too, notably in boosting neurotransmitters’ performance in the brain.

Do You Need Help With Depression?

If you are suffering from depression, especially in the age of global pandemics, get help before signs and symptoms become so extreme that you cannot function in everyday life. Talk with a doctor or therapist today about available treatment options: Ketamine Therapy for Depression, and ask about the health risks and benefits.

The Effects of Depression

Likely, you knew a high achiever once – someone who excelled academically, professionally, socially – and who seemed destined for greatness. But the façade slowly faded under a tidal wave of exhaustion, intense self-criticism, and little or no sense of accomplishment. In the end, this person probably suffered from severe, undiagnosed depression.

The National Institutes of Health says depression: “(major depressive disorder or clinical depression) is a common but serious mood disorder. It causes severe symptoms that affect how you feel, think, and handle daily activities, such as sleeping, eating, or working. To be diagnosed with depression, the symptoms must be present for at least two weeks.”

Some forms of depression are unique, or they may happen under distinctive conditions and get diagnosed as high-function depression.

What is High Functioning Depression?

Author and therapist Sherry Amatenstein says that “High-functioning depression or dysthymia may be harder to detect than a major depressive disorder (MDD) because the people living with it are often high achievers who make you think everything is all right all the time.”

If this sounds like someone you considered extremely lucky or fortunate in life, then you may understand why depression in all its shades benefits from some form of psychotherapy or medicine like ketamine.

Everyone exhibits different signs of depression, but here are the most common ones to watch for:

How To Diagnose And Treat High-Functioning Depression

As with other mental health illnesses, high-function depression is diagnosed through a multi-step process. First, a medical doctor will perform a physical, ask about you and your family medical history, and look for an underlying cause of depression symptoms. Next, a therapist will perform a psychological evaluation, asking about your thoughts, feelings, and emotions, and whether any mental illness is or was prevalent with blood relatives. Once a diagnosis is confirmed using the DSM-5, your doctor will recommend treatment which could include psychotherapy or ketamine infusion therapy.

If you or a friend is suffering from high-functioning depression or any other mental illness, contact a doctor or therapist to talk about symptoms and what treatment options might help control the depression symptoms. Mental illness is not curable but can be treated with the right combination of psychotherapy and drugs best suited to your unique condition. In Addition to traditional treatment methods, Ketamine Infusions are also showing great results in helping treat depression. If you or a loved one have questions about the clinical use of Ketamine for Depression Treatment please contact us today to learn more.